What to blog about at Barnitts in York?

Maybe this time we will have a change and go right back to the year 1896, during Queen Victoria's reign when we opened and give you a brief overview of our store.

For the people of York and surrounding areas Barnitts is simply a Home & Garden store that has always been there and has long been named as a firm favourite.

Barnitts is very proud of its heritage. Being family owned, first by George Barnitt and since 1913 by the Thompson's and also a truly independent department store that has always traded in the very heart of York's beautiful city centre.

We enjoy a superb location in Colliergate which definitely deserves some credit for the shop's success, well inside the city's famous Roman walls and within 5 minutes walk of the impressive and much visited York Minster, The Shambles, Jorvik Viking Centre, Clifford's Tower and both rivers to give you an idea.

The open space of King's Square is just over the road, but the first 40 years of trading were done in the shadow of the Holy Trinity Church that stood there. 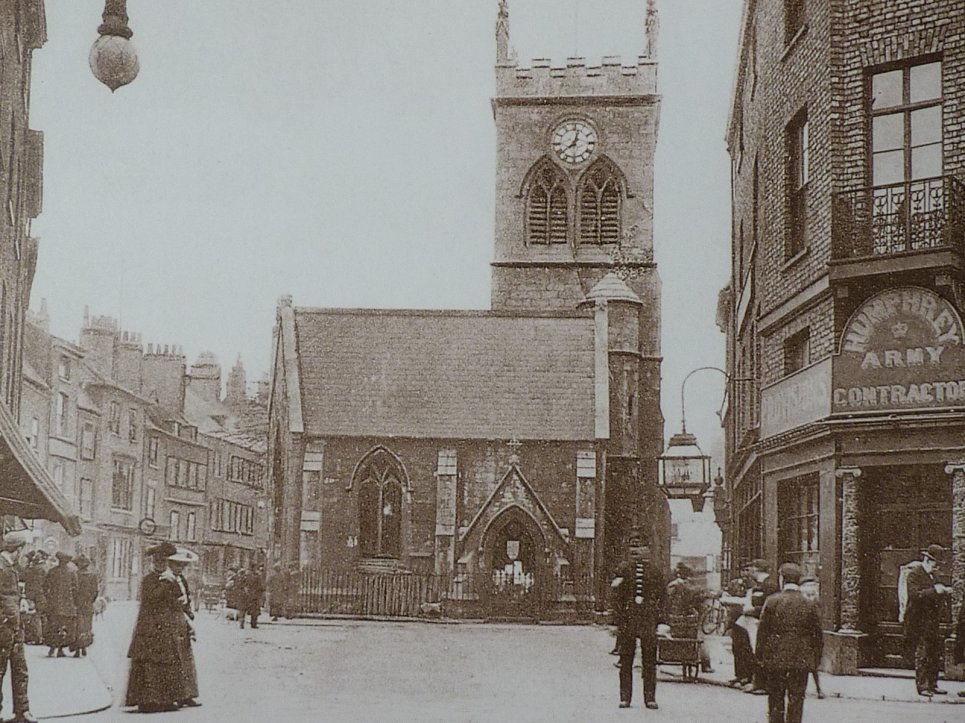 The timing of George Barnitt opening in 1896 is significant because York already had a long established reputation throughout the ages as an appealing city to visit. The country was slowly seeing the demise of the stage coach era, agriculture was still the largest area for employment in the country and personal travel was expensive and only for the few.

The railways had recently started expanding quickly and George Stephenson had planned an inter-city rail link between Newcastle and London. George Hudson convinced him to build the line through York. The city is located half way between London and Edinburgh and this is one of the reasons why it has been occupied and conquered by so many throughout the centuries.

It was in 1877 when York’s newly built railway station was opened that things changed quite dramatically. At the time it was the largest railway station in the world. Before the new station there were 13 trains a day in York and by 1888 the number had increased to a phenomenal 294 daily trains.

It was a major factor for tourism but also it allowed theatre performances and art exhibitions to attract huge crowds.

This new transport also brought heavy industry and manufacturing to the city and obviously the population increased steadily to satisfy employment demand in so many new areas. This was also the time of major expansion for two world famous chocolate factories which were based in York; Joseph Rowntree’s and Terry’s.

The postal deliveries were revolutionised too with the new Post Office building on Lendal which had opened in 1884. It is clear to see this was a very good time for the city.

Barnitts actually started off as a 'General and Furnishing Ironmonger and Agricultural Implement Agent' so you can tell we are a story of change and evolution with the times.

Currently occupying around 50,000 square feet of retail space including the very first part where it all started and we have departments covering hardware & DIY, homewares, domestic cleaning, furniture, lighting, gardening, pets, tools, workwear, home electricals, bathroom accessories, fabrics & wallpapers, soft furnishings plus a cookshop area and all major brands can be found in the areas we specialise in.

No two days are ever the same and yet hardly a day goes by without customers expressing their delight and fondness for the place and likening it to Alladin's Cave or Dr Who's Tardis and people curious about many aspects of the store.

The shopping experience brings about so much warmth from people who appear to appreciate the general atmosphere and are amazed at the range of stock we carry.

The store is competing in the high street sector while maintaining its own character and individuality and hopefully the unique identity sets it apart from others.

Future blogs could perhaps explore the store and its heritage in much more detail and share a broad insight and archive images from the shops history. We believe it is interesting enough to share, but maybe we are biased!

We can also tell you what's new, product reviews and seasonal ideas. We can keep you informed on special offers, the possibilities are endless. So if you would like to hear more we'll try our best to find the time and do a more regular blog.