Barnitts opened its door (there was only one at that time!) and welcomed the first customers into the shop in the year of 1896 during the reign of Queen Victoria.

The shop was the idea of Mr George Barnitt who opened it as a 'General and Furnishing Ironmonger and Agricultural Implement Agent'. As George already came from a family of farming stock he was comfortable selling agricultural ironmongery and felt he could give customers sound practical advice. 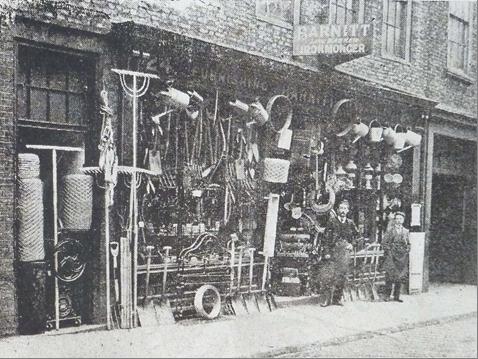 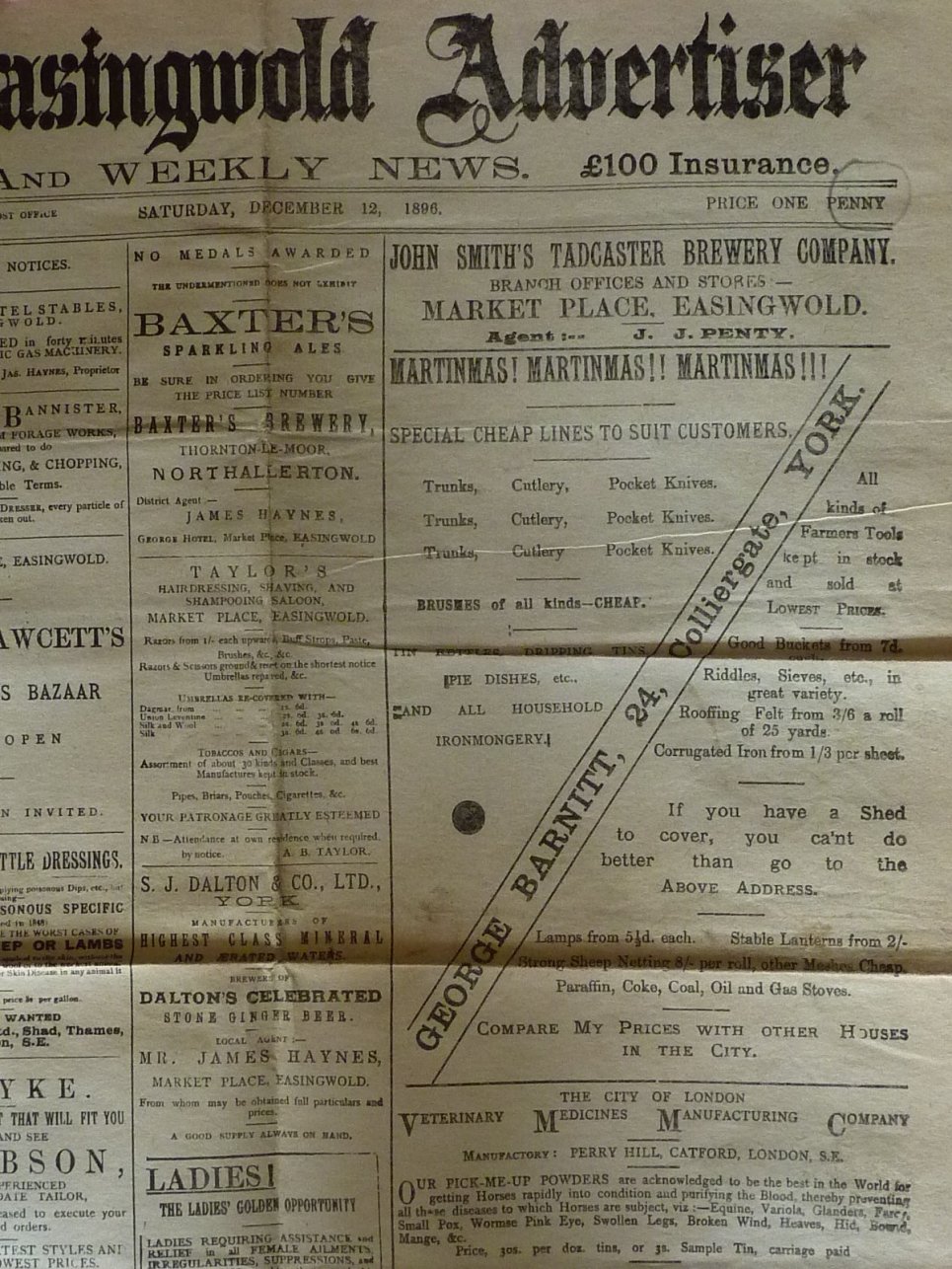 Christmas advert from 1896. Bold statement on front page and we still sell some of the same things

Colliergate was quite a diverse and thriving street.  George bought 24 Colliergate, part of the very same site it still occupies today, from Mr John Barker who was an ironmonger. Records show that his other neighbours at the time included William Bleasdale who was a wholesale druggist at number 23. There was an R Kirtlan, a Draper at No 22. Elizabeth Dowson was a milliner at number 25. Arthur Jamieson a beehive maker shared number 26a & b with Emily Freeman, who was a dressmaker and John Almgill, a cabinet maker. The Army Drill Hall was housed in the huge property of 28a which was the home of 1st Volunteer Battalion (Prince of Wales Own) West Yorkshire Regiment.

It is quite incredible when we move forward to current times because Barnitts is currently a huge store now occupying every one of these neighbouring properties! 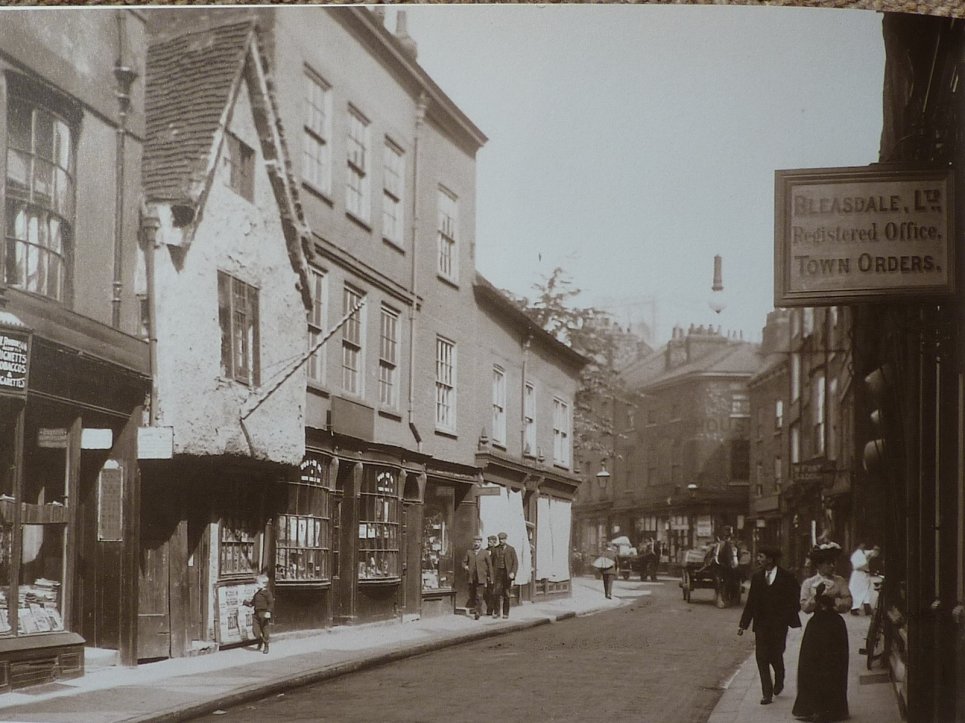 Barnitts on the right with the baskets hanging down. Horse and cart delivery

Colliergate was built in around 1600 as residential at the time and is inside the city walls. When Romans occupied York they fortified the main city by circling the important centre with the famous Bar Walls. (Contrary to what some people say, the Bar walls were not put up to protect Barnitts from being taken over!)

York already has over two thousand years of history. The evidence of it all around the city as well as what can be found in the many different museums and the countless stories of ghosts and legends. It’s a city that can be described very similarly to the shop itself; with something different around every corner, packed with bags of character, a vibrant, cosmopolitan atmosphere with everything of major importance less than 5 minutes walk away. The shop really could not be in a more perfect position.

In July of 1897 in The Retail Trades Review highly recommended Barnitts by writing a glowing report. "Repairs of all kinds are undertaken. The business is under practical management in every department whilst Mr Barnitt endeavours to serve the best interests of his numerous customers." It described the fledgling enterprise as “one of the leading houses in the city” and even went on to detail the range of goods on offer which included rifles, guns and cartridges. 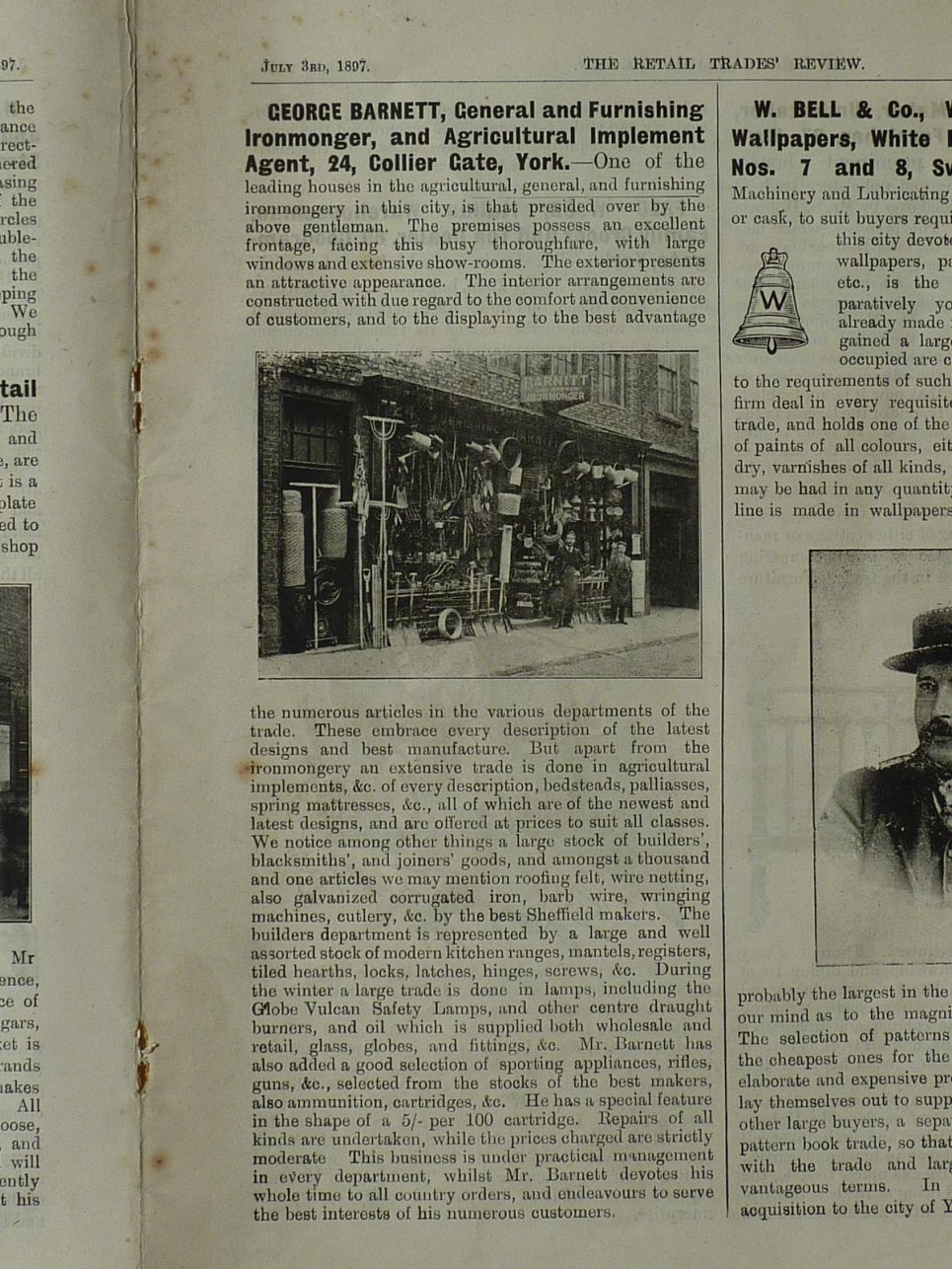 Copy of the full review 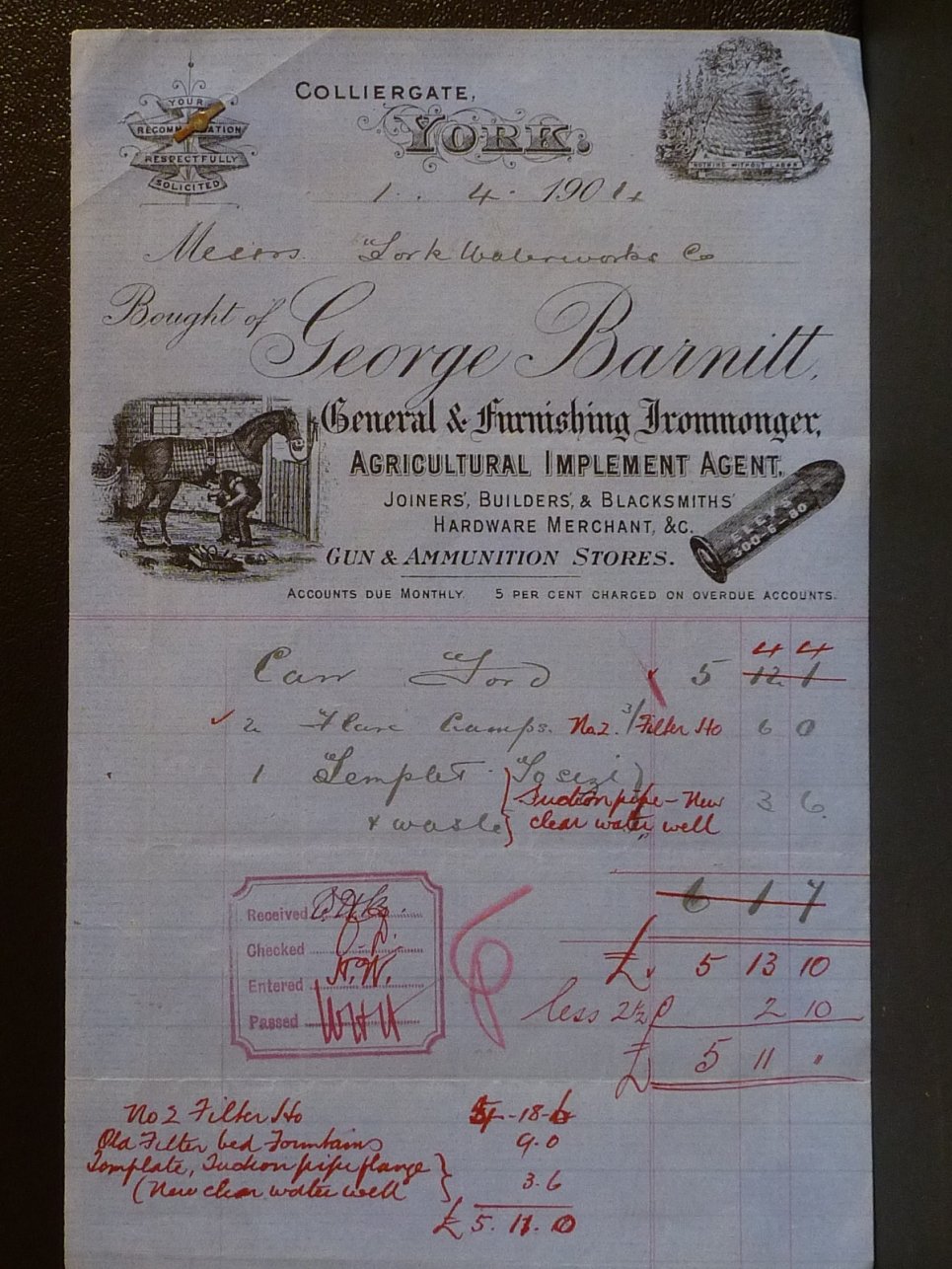 Hand written till receipt from 1901

Within a few short years and just at the turn of the century George Barnitt decided that he would take on an apprentice, which was quite the accepted thing to do in those days and he chose (Charles) Edwin Thompson. After Edwin had successfully completed his apprenticeship they decided it would be sensible to go and gain some wider experience, so he went to work in a fireplace manufacturer with his brother Ernest in Leeds. George Barnitt continued to run the shop for a few more years then after 17 years at the helm he decided to sell the business to Edwin Thompson.

So in 1913 Edwin Thompson returned to Barnitts and bought the major share off George and ran the business himself. At the time there was not enough work for both him and his brother so Ernest decided to stay in Leeds. The year 1913 was also the year Edwin made the decision to have the business incorporated and it became a Limited Company. It has been in the Thompson family ever since where the story continues......